Gods grant me strength...or give me whiskey

I used to have a much stronger stomach for political craziness. I eagerly followed the craziness of the 2000 election, hanging chads and all. I watched in amazement at the "Yes, we can" victory of 2008. Gods, I was strong then ! The 2020 U.S. election promised to be one for the ages but it was just too wild and unpredictable, so on election night, I sampled some big, bold American whiskeys to calm my nerves. I got to choose what I wanted though, no electoral colleges needed, thank The Father. 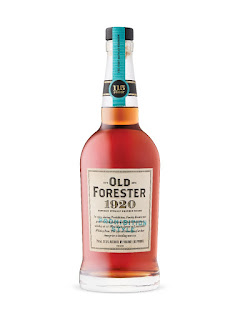 Old Forester is a Brown-Forman brand. The bourbon is distilled at the Brown-Forman Shively Distillery. No age statement is given and the mashbill consists of 72% Corn, 18% Rye, and 10% Malted Barley. It was available for a brief period at the LCBO for about $75 per bottle. I didn't buy a bottle, but was fortunate enough to get a sample from a friend.

Neat from a Glencairn 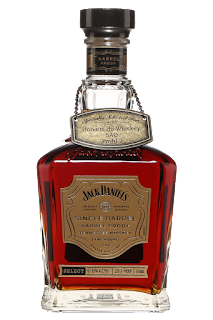 Jack Daniel's is an interesting case study. Just about everyone has a Jack & Coke (aka a "Lemmy") story. Jack Daniel's is the world's best selling whiskey brand. HOWEVER, many "experts", some of whom have been drinking whiskey quite seriously for many weeks while doing their research at Google University, have decided that Jack Daniel's isn't worthy of their refined palates. Lucky for me, I'm neither a professional, a connoisseur, or an expert. I just like whiskey. I like the standard Old No.7 just fine and I was also happy to get a sample of this Barrel Proof Single Barrel from my friend Tony. Now for some specifics: the bottle whence came this sample was from SAQ (Quebec) profile #2, Barrel 18-9850 from L-1, Rick #9. To my knowledge Jack Daniel's uses the same mashbill for all their Tennessee Whiskey; 80% corn, 12% malted barley, and 8% rye.
Neat from a Glencairn

According to their website WhistlePig began with the purchase of a farm in 2007. After a few years of "deep consideration and personal reflection we committed ourselves to crafting the world’s finest and most interesting Rye Whiskeys." No, I'm not going to rant on marketing stories here. WhistlePig should be commended for not referring to any "great-great grandpappy's secret recipe", but rather being transparent about their process. WhistlePig teamed up with Master Distiller Dave Pickerell, bought rye whisky from Alberta that "was being profoundly misused". This 10 Year Straight Rye is a 100% rye whiskey which was sourced from Alberta Distillers and then re-casked and aged in Vermont. It is first aged in new American oak and finished in first-fill ex-bourbon barrels.
Thanks to my friend Hal for the sample
Neat from a Glencairn
SCORING BREAKDOWN
Joe at 20:18
Share